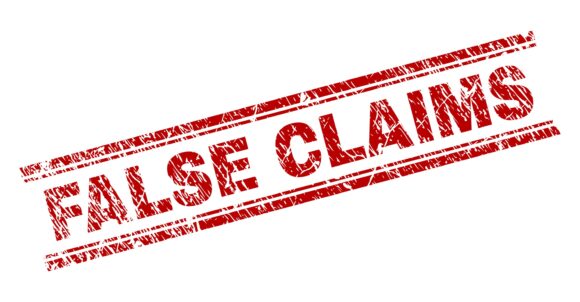 This post is part of a series sponsored by IAT Insurance Group.

This article should not be used as legal advice. All parties should consult legal counsel of their choice and seek expert advice on legal and compliance issues.

The July 2017 decision in United States ex rel. Scollick v. Narula[1] (Scollick), determined that sureties and surety agents could be held liable under the False Claims Act (FCA) for bonding a fraudulent set aside contractor. The complaint alleged that a larger contractor set up a sham company, supposedly owned and operated by a service-disabled veteran, but actually controlled by the larger contractor to illegally bid on service-disabled veteran-owned small business (SDVOSB) contracts from the federal government. Although the 2017 Scollick opinion was decided at the pleading stage and therefore did not find any party liable, it was the first decision to hold that a surety could face potential FCA liability for bonding a fraudulent set aside contractor.

The judge also found that the sureties and agent were not required to know the government regulations regarding disabled veteran or other set aside programs because sureties did not participate in them, rather the contractors did. Because of this, the surety defendants could rely upon the government’s certification that the bonded contractors met federal set aside program requirements.

The question is: What does this mean for sureties?

No “Free Pass” for Sureties that Bond Federal Set Aside Contractors

The potential for FCA claims against sureties is now public knowledge and the issue will not go away any time soon. This recent decision in favor of the surety defendants is only the latest chapter in a series of ongoing developments. Here’s what you need to know.

Is the Scollick decision final?

No. Since the decision was made at the trial court level, it could be overturned on appeal after the case against the remaining defendants goes to trial. In fact, the whistleblower’s lawyers already noted that they plan on appealing the decision.[3]

Could sureties still be sued in similar cases?

Yes. The judge’s decision does not absolve a surety that knows the contractor its bonding is defrauding the government. So, if the whistleblower had provided evidence that the sureties and the agent knew that the contractors were lying about their qualifications to bid on the subject projects, there would have been a different outcome.

Does it matter who certifies a set aside contractor?

Yes. In the Scollick case, the Veterans Administration certified that the contractor was a valid SDVOSB contractor, and the court found that the sureties could rely upon the government’s certification. The decision could have been different if a contractor self-certified that it was qualified to work on a federal set aside program.

Is the decision binding on other courts?

No. The Scollick decision is not a binding precedent on other federal courts, which means it doesn’t have to be followed by other courts.

What can sureties and surety agents do to protect themselves from potential FCA liability for bonding a set aside contractor that turns out to be fraudulent?

For more information on how to protect yourself from FCA risk and ensure compliance with new laws, regulations and other requirements, contact the IAT team.

For a more complete legal analysis, visit this link.

Get automatic alerts for this topic.